When the duck and I woke up to sunshine and this meteorological winter’s first frost a few weeks ago, we knew we’d regret not attempting to preserve it photographically. The combination of bright sunlight after weeks of dark grey skies and a thin layer of glittering frost over everything was thrilling to behold. Fueled by our morning cup of coffee, the duck and I grabbed our trusty camera friend and our coats, hats, scarves, and gloves, eager to capture the icy beauty before it disappeared. It was freezing out – obviously. But the pretty sights and Pluto, our new canine acquaintance who excitedly ran toward my hunched figure (in accidental outdoor yoga terms: “crouching crow observing perching crow”) to have an animated chat with the duck, were a great distraction. Still, for a brief moment, the duck and I shared a wistful daydream about last summer’s heat waves– until we discovered our next photo subject. Here’s a selection of our (partly overexposed) spoils from that marvelous – but biting – morning:

Despite the lingering fear that my hands would be too numb to turn the front door key (which has happened before) that day, the duck and I love reminiscing about our fresh frost photo stroll… with a cup of warm tea nearby.
Do you (already) have a favorite memory from this season?

Three years ago, the duck and I wrote about how we like to take autumnal neighborhood walks with our camera from time to time. When we jog (these days, at an increasingly decreasing speed), we routinely take in the seasonal changes in our current neighborhood. But we’re also routinely too lazy to go out with a camera afterward to capture them. So, today, the duck and I want to share some pictures from when we visited our friend in Louisville, Kentucky, years ago. In Gourds of Halloween Past, I mentioned that we spent most of our time being collectively lazy indoors. I also noted that our trusty camera’s battery died halfway through the pumpkin path. To those of you (= positively no one) who wondered how that could have happened – how many photos could we possibly have taken indoors, and did we not learn from our Tachikawa fiasco? – this is the reason: I lied. While we did spend most of our time on a comfy sofa, watching TV, playing games, and catching up, we occasionally left the apartment – sometimes even twice a day! On one of those days, we experienced the Louisville Jack O’Lantern Spectacular. A few hours before we were to admire thousands of Halloween pumpkins, our friend suggested we go for a walk. So, the duck and I grabbed our camera (presumably with a fully charged battery) to take some foliage photos. We never shared any of them, probably because most of them weren’t remotely pretty. Well, the duck and my standards have lowered since then, and our laziness is here to stay. So, once again, we’re falling back on photos we’ve taken at a slightly more productive time. Here ya go:

I think we took these photos at Cherokee park, but (if I don’t forget) I’ll confirm with our faraway friend the next time we chat. Until then, have a pleasant autumn (or spring), and don’t forget to schedule some lazy hours.

(Stop it now!)
It’s summer. Unlike last year, when the duck and I mistook August for September, this year’s heat ensures we don’t. So far, we haven’t been on any fun beach adventures (except last month, in our imagination, when we wished we were on an island). So, we revisited our beach post from last year and remembered that our favorite vermin of the sky wasn’t nearly featured enough in our photographs. How highly untypical, considering I love constantly following them around with our camera friend! Today, we shall change that with this photographic selection featuring some of the duck and my favorite encounters with my favorite audacious spirit animal:

The duck still chuckles at the memory of me being personally welcomed (I’ll leave it at that) by a representative of the seagull clan. We had been observing the beach from the railing around a supermarket parking lot with a new acquaintance who promised me that my encounter signified luck. I reminded myself of that when I threw my jacket into the washing machine for a premature wash. Nonetheless, I remember last year’s beach memories, including those with our feathered rat friends, fondly 😆
P.S.: There is a song from the mid-2010s that has consolidated the duck and my seagull obsession. More on that some other time.

Earlier this spring, I wrote about how I was going on slow recovery walks to catch up on all the fresh air I had missed out on in self-isolation. After a week of solo walks, the duck was excited to tag along and even insisted I bring our camera friend for our “obligatory spring photo post” of 2022. So, I did. And, since it’s technically still spring, I decided to finally share the three photos I consider the least terrible:

END_OF_DOCUMENT_TOKEN_TO_BE_REPLACED

Even though the duck and I sometimes forget about it (we actually spent the whole of August thinking it was September), the calendar reminds us that it is still summer. What a splendid opportunity to share some of our most recent beach photos: 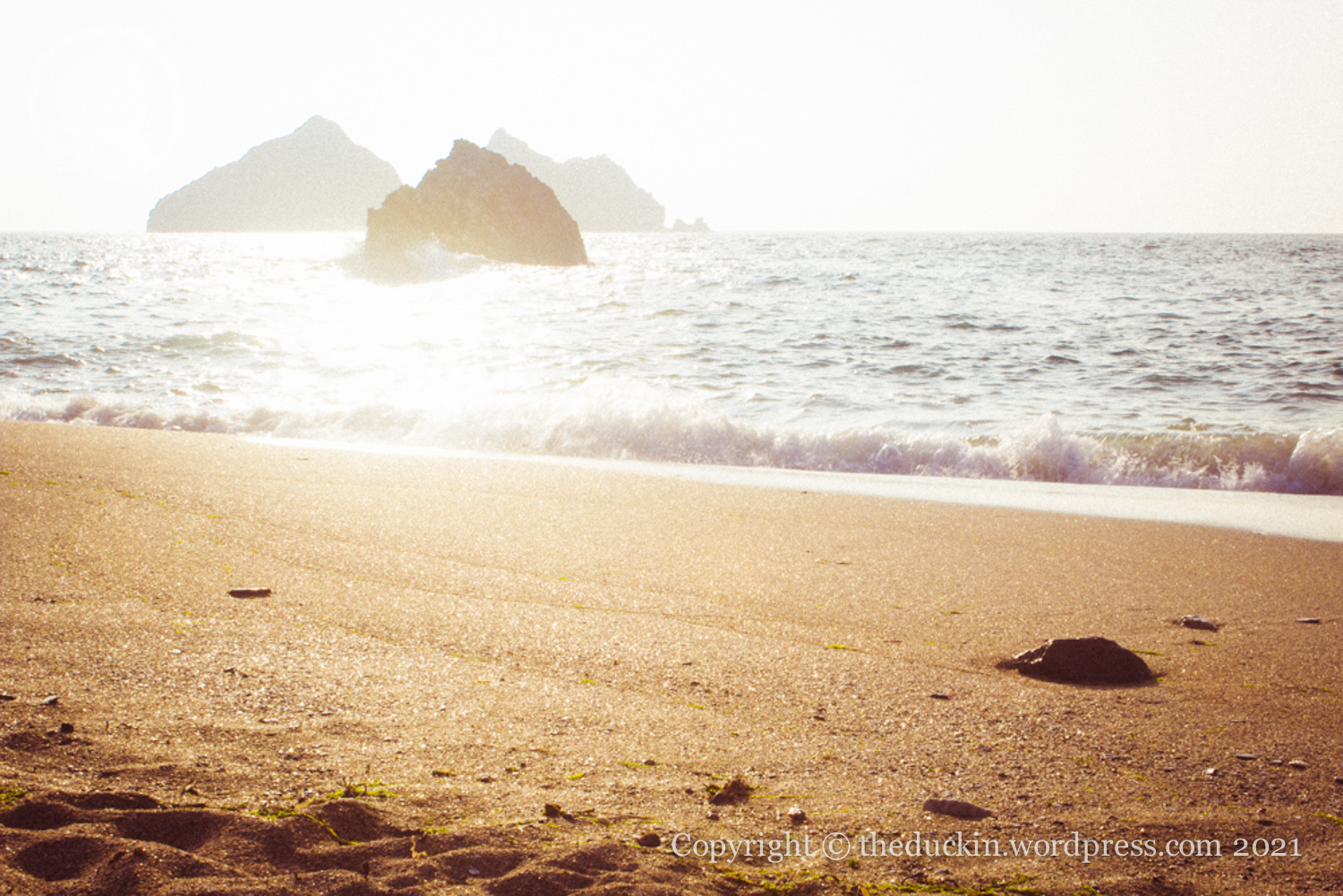 END_OF_DOCUMENT_TOKEN_TO_BE_REPLACED

Last year, when we were sad that we couldn’t travel as much as we used to (which wasn’t a lot, but still more than now), the duck and I shared a few photos we took in Ravensburg, the town of puzzles and board games. After saying goodbye to our friend Jl we walked around, snapped a few photos, and then made our way to the bus stop, where we waited for a bus that never came. Instead, about an hour later, a replacement bus showed up because the one the duck and I were meant to get on had broken down on the way. Finally, we were on our way to Munich, the city of the Oktoberfest. There, we would meet our magical friend B, who also happens to be the duck’s first friend beside me. B gave us a little tour around the city, indicated photo ops (we’d done quite a few joint photo/video collection sessions in the past, back when the duck was a new member of our now-trio), and showed me a campus of the university she was studying at. Of course, the duck and I had forgotten most of what she told us about the places we saw because, as always, food was on our minds, and we had a lot of catching up to do. But we still have the photos we took: 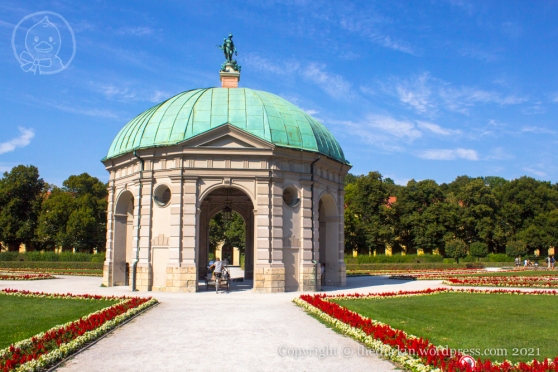 It’s always nice to have visual memory triggers, don’t you think? Oh, how we miss hanging out and eating more snacks than we ever thought would fit in our tummies! We can’t wait to catch up with B and lots of snacks again, hopefully in the not too distant future.
Do you also like to use photographs as memory cues? What’s the most enormous amount of snacks you ever ate in one sitting? 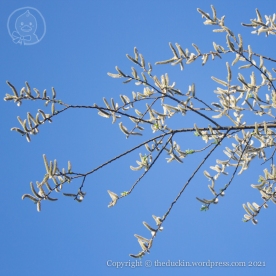 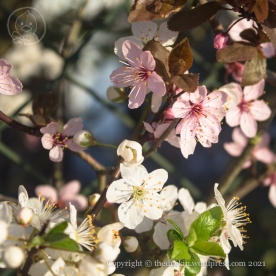 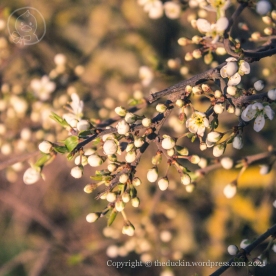 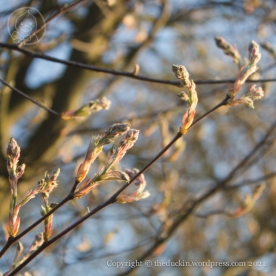 Same as last year, we tried to keep our distance from other people. This time we did it by looking extra weird during our attempts to position the camera at the perfect range and angle for a decent shot and thus getting into the funniest shapes. Photography yoga might be our new favorite kind of yoga!
What about you? Do you like to do accidental outside yoga? Were you as excited as we were about the beginning of spring (maybe so much so that you forgot that spring also means allergy season)?
I wonder what this year’s summer will be like.

When the duck and I started ‘to explore the outside world some more‘ despite our inherent laziness, it was the beginning of winter. Now that spring has officially begun, we want to post a few farewell shots to this particularly weird winter. In the past few months, we have fallen even more in love with the golden light that makes everything look pretty and hopeful in the hour before the sun sets. So, that’s what we tried to capture: 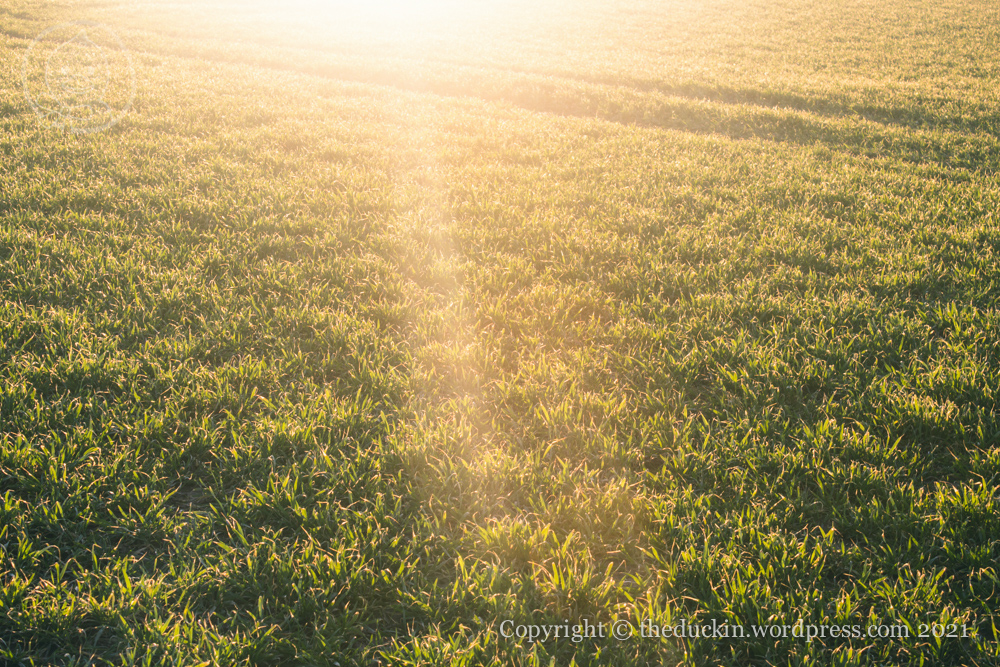 END_OF_DOCUMENT_TOKEN_TO_BE_REPLACED

After having spent a bit too much time inside in the past few months the duck and I decided that it was time we explore the outside world a bit more (while still keeping our distance from other people and ducks). Usually, something warm to wear (at least wearing masks to keep warm is acceptable now) and a podcast is everything we need for a successful winter stroll. Sometimes we take our camera friend with us so that we can document what we come across. Here are a few examples: 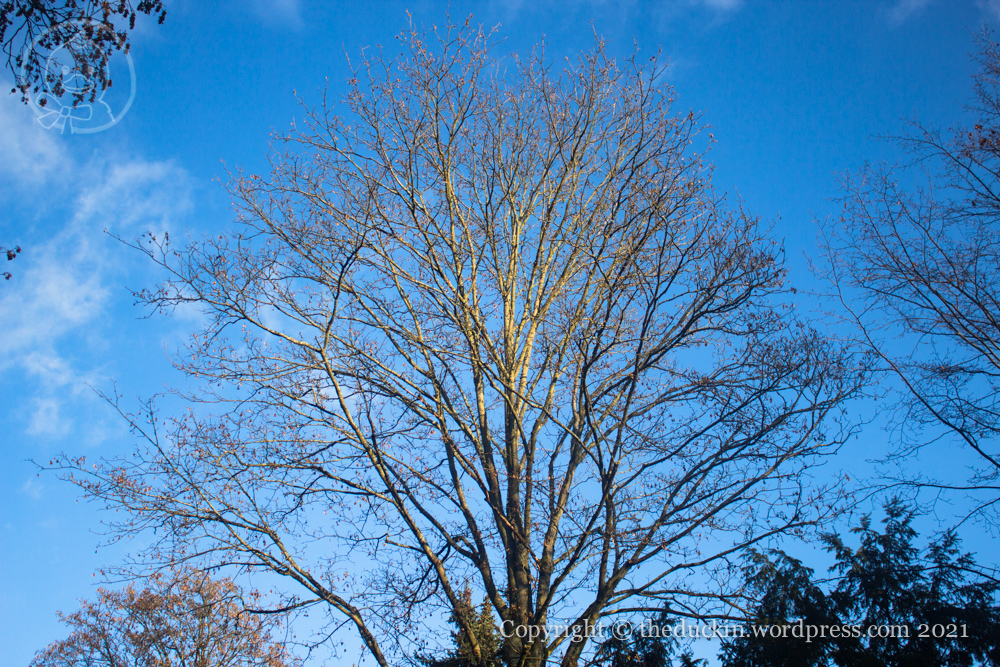 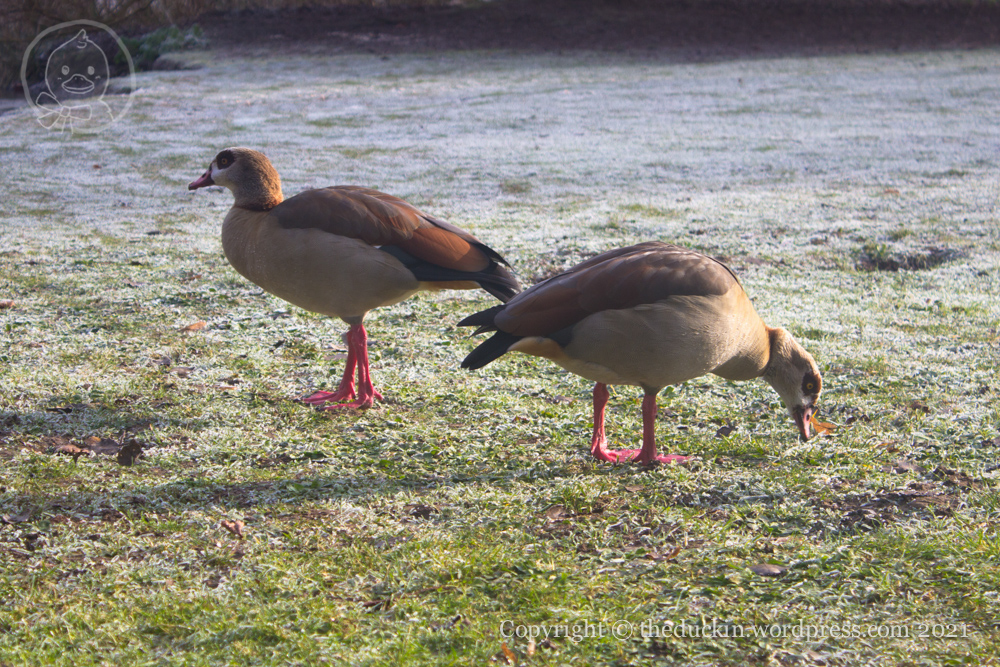 END_OF_DOCUMENT_TOKEN_TO_BE_REPLACED

Earlier this year, when it was still super warm out, the duck and I realized that spending even more time at home than usual almost made us cross the incredibly-lazy-but-still-acceptable line into too-lazy-to-get-anything-done territory. This is why we decided to meet one of our favorite Berlin people for a little outdoor stroll through nature in the city (fresh air, safe distance, good plan). The duck and I had had Kienbergpark gather imaginary dust on our virtual to-see list for a while already when MP had suggested checking it out since she, an actual Berliner, had not known about it until recently. We agreed to go in the early evening since we both had prior engagements during the day (the duck’s only prior engagement was with our ancient, trusty laptop and Netflix), which added an amazing backdrop to our exploration of Wolkenhain, an impressive cloud-shaped observation tower overlooking Marzahn-Hellersdorf and the park and gardens it towers above. 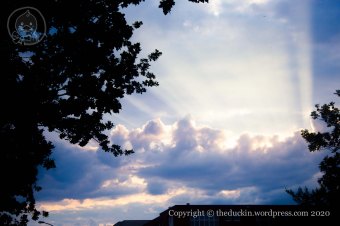 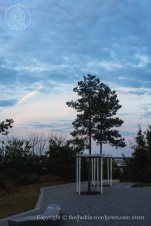 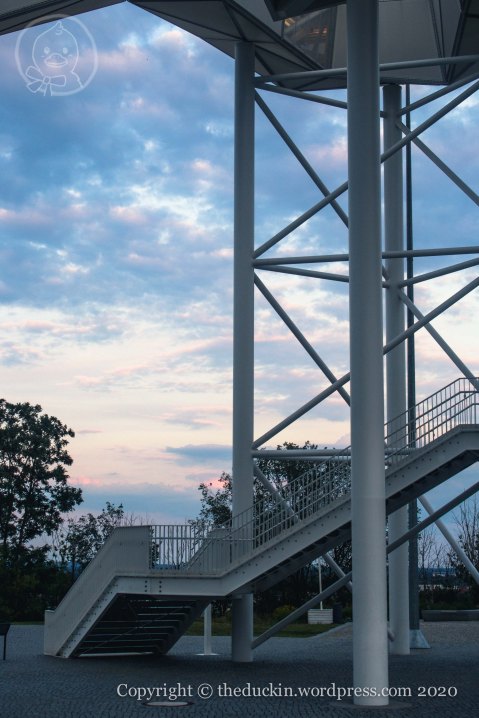 Wearing a white T-shirt while climbing a grassy hill overtaken by shrubbery (and oh so many bugs!) in the middle of summer was the only bad decision I had made that day. And not being able to use the shower right as I got home definitely added to the memorability of our tiny outside adventure (maybe it’s time the duck and I start living alone).
If you’re ever in Berlin and are looking for a nice afternoon activity the duck and I recommend checking out Wolkenhain and maybe even adding on a stroll through Gärten der Welt (Gardens of the World) and Kienbergpark, both activities that will definitely stay on our to-do-in-Berlin-list until we can ceremonially cross them out (after having taken lots of photos, of course). As for the duck and me, we have many adventures planned, big and small, for when it’s safer to travel again.
Do you have any places that have been on your to-see-list for far too long? Do you have gigantic, unaffordable post-pandemic travel plans like the duck and I do (far beyond gardens and parks in Berlin)? Let’s all take a nap and collectively dream of traveling!